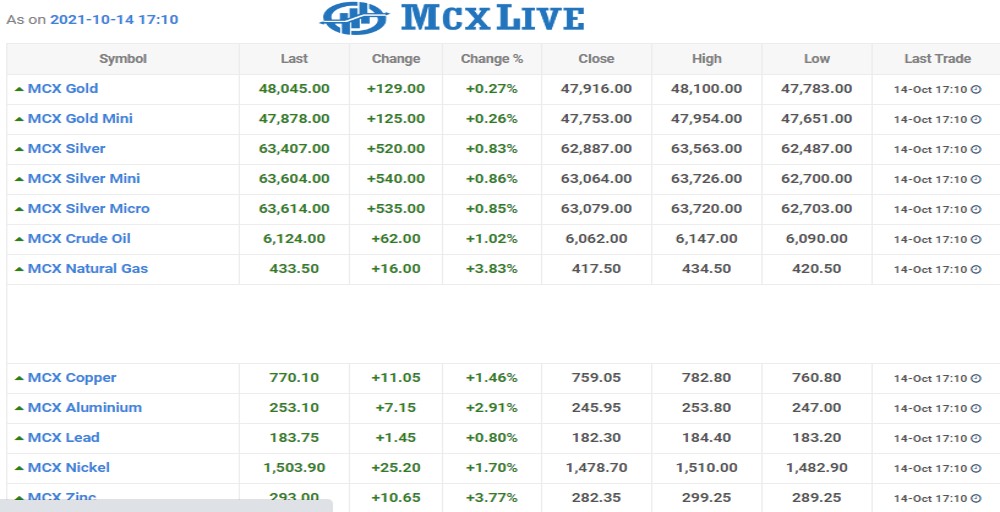 Gold prices hit their highest in almost a month on Thursday, drawing support from a subdued dollar and U.S. bond yields as investors assessed whether the Federal Reserve would tighten its monetary policy as early as anticipated.

Both the dollar and benchmark U.S. 10-year Treasury yields were subdued on Thursday. A weaker dollar makes gold cheaper for buyers in other currencies and lower yields decreases the opportunity cost of holding non-interest bearing gold.

Independent analyst Ross Norman described gold’s rally as “constructive”, but said it had to breach key technical resistance around $1,800 and $1,835, before another substantial move higher.

Minutes from the U.S. Federal Reserve’s September meeting showed it could start reducing stimulus by mid-November.

But, “now that we’ve got a little bit of visibility on what the Fed intends to do in terms of tapering and it’s a relatively small amount; that’s been positive for gold,” Norman said, noting uncertainty over the taper timeline had weighed on gold.