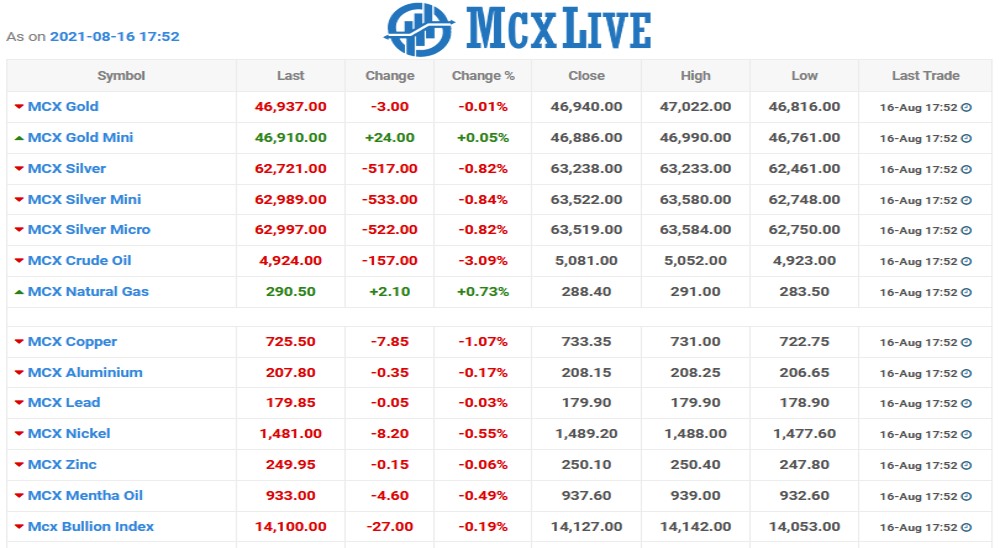 Silver prices were lowered on August 16 as industrial metals remain under pressure on weak economic data from China and strength in the US dollar. The precious metal had fallen 2.71 percent last week on the MCX.

The white metal extended decline after a gap-down start in the afternoon session, tracking the weak global cues.

The semi-precious metal has been trading lower than 20, 50, 100 and 200 days’ moving averages but higher than the 5-day moving averages on the daily chart. The momentum indicator Relative Strength Index (RSI) is at 32.63, which indicates further downside in the price.

NS Ramaswamy, Head of Commodities, Ventura Securities said, “As per our last week’s view, MCX SILVER prices traded with a negative bias. Prices recorded the low of Rs 61,536 for the week. Further, also prices are likely to trade with negative bias. Prices are likely to head below the Rs 60,000 level in coming sessions. Any rise in prices can be used as an opportunity to create a short position in the counter.

As per National Bureau of Statistics (NBS) data, China’s July Industrial production grew at 6.4 percent year-on-year in July against the expectation of 7.8 percent growth.

Silver holdings in iShares ETF were unchanged at 17,276.95 tonnes, after seeing an inflow of 63.4 tonnes a day earlier. The fund NAV is trading at a premium of 1.40 percent.

The US dollar index traded higher at 92.60, up 0.10 percent against the major cross in the afternoon session.

The value of September and December’s contracts traded so far is Rs 483.79 crore and Rs 67.54 crore, respectively.