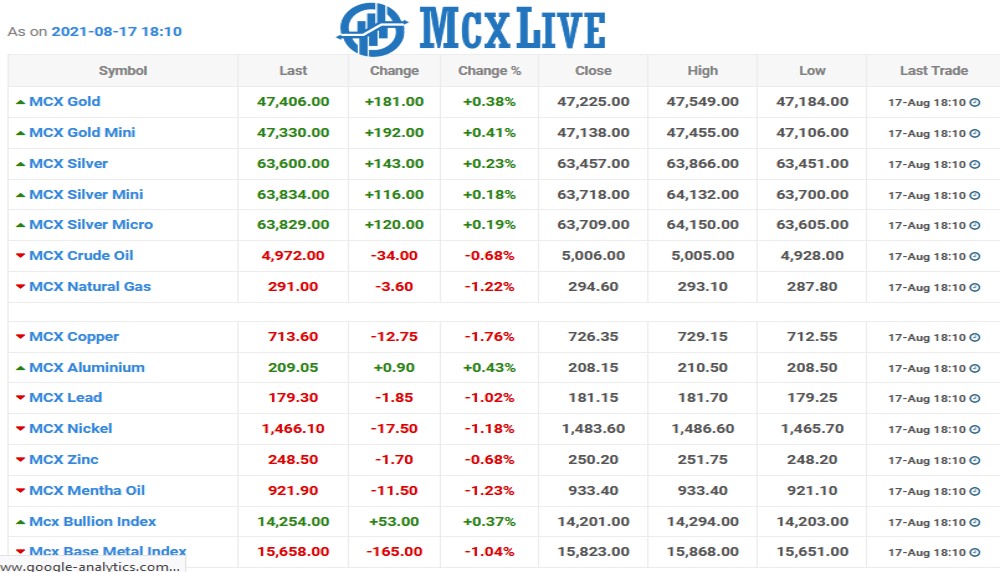 Natural gas futures plunged on August 17 as participants trimmed their positions as seen by the open interest. The gas price had soared 2.2 percent yesterday on the NYMEX.

The energy commodity extended fall in the afternoon session after a gap-down start, tracking the subdued global trend.

The value of August and September’s contracts traded so far is Rs 960.16 crore and Rs 135.30 crore, respectively.

The Indian government has asked a federal court in Washington to dismiss Britain’s Cairn Energy suit seeking enforcement of a $1.2 billion arbitral award, saying it had sovereign immunity under US law.

Cairn had in May asked a US federal court to force Air India to pay a $1.26 billion arbitration award the firm had won in December. The government on August 13 filed a ‘Motion to Dismiss’ petition in the US District Court for the District of Colombia, saying it lacked subject matter jurisdiction in the dispute between Cairn and the Indian tax authority, according to a filing seen by PTI.

This comes a week after the government enacted legislation to scrap a tax rule that gave the tax department power to go 50 years back and slap capital gains levies wherever ownership had changed hands overseas, but business assets were in India. That rule had been used to levy a cumulative of Rs 1.10 lakh crore of tax on 17 entities, including Rs 10,247 crore on Cairn. Officials said rules for withdrawal of such tax demands are in the process of being framed.

“One of the requirements for the dropping of the retrospective tax demands is that the parties concerned have to give an undertaking for withdrawal all cases against the government/tax department. So, while all this is in process, the government is obligated to respond in any legal matter where there is a time bar for doing so,” an official explained. Cairn had challenged the tax demand before an international arbitration tribunal, which in December last year overturned the same and ordered the government to refund the money collected. The government initially refused to return $1.2 billion, forcing Cairn to take action to recover that money through a seizure of Indian assets overseas.

“India also never “clearly and unmistakably” excluded judicial review or delegated exclusive competence to decide these questions to an arbitral tribunal”, implying that Cairn couldn’t satisfy any exception to sovereign immunity under the US law, the filing said. Officials said the government couldn’t have waited for the tax dispute to be closed in line with the new law and had to file a motion, failing which an adverse court order would have led to more embarrassment.

Cairn had asked the US court in February to recognise and affirm the December 2020 award against India from the Netherlands-based Permanent Court of Arbitration. On Monday, Finance Minister Nirmala Sitharaman had said the rules that will lead to the scrapping of the retrospective tax demands made on companies such as Cairn Energy Plc and Vodafone Plc will be framed soon.

The government has to refund about Rs 8,100 crore that it had collected using the retro tax law. The bulk of this — Rs 7,900 crore is to Cairn Energy alone. While in other cases, it did not take punitive measures to recover the tax demand, the income tax department sold Cairn’s near 10 per cent shareholding in its erstwhile Indian subsidiary and also seized its dividends totalling Rs 1,140 crore and stopped tax refunds of Rs 1,590 crore.