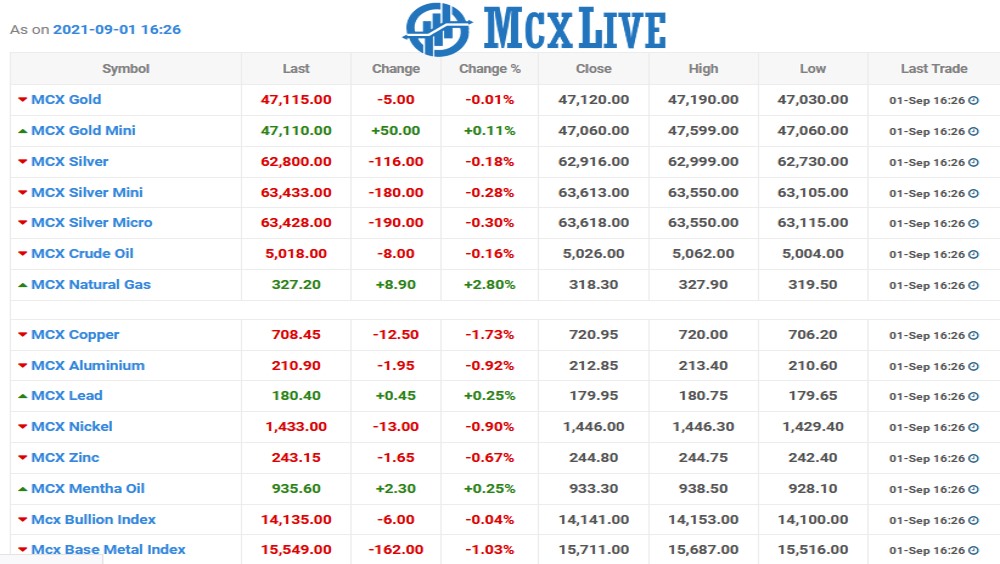 Gold prices were little changed on Wednesday as investors awaited a key U.S. jobs report for clues on when the Federal Reserve might start reducing its pandemic-era stimulus measures.

The dollar index clawed 0.1% higher, but hovered closer to a more than three-week low hit on Tuesday.

“A print above 1 million jobs will put the taper back front and center and be bearish for gold. Whereas a number around 700,000, or lower, will alleviate those concerns and be supportive of gold,” said Jeffrey Halley, a senior market analyst, Asia Pacific at OANDA.

Gold “lacks the momentum to trade meaningfully away from the 100 and 200-day moving average zone,” he added.

A strong recovery in the labor market is a crucial prerequisite for Fed’s decision on tapering.

Last week, Fed Chair Jerome Powell acknowledged in his remarks at the Jackson Hole symposium that tapering could begin this year, but it will remain cautious in its decision to raise interest rates.

His comments were deemed dovish and sent gold up 1.4% on Friday.

“The lack of follow through in gold (after Jackson Hole symposium) is very telling of the fact that the market recognizes that the direction for policy is now starting to wind back stimulus,” said DailyFX currency strategist Ilya Spivak.