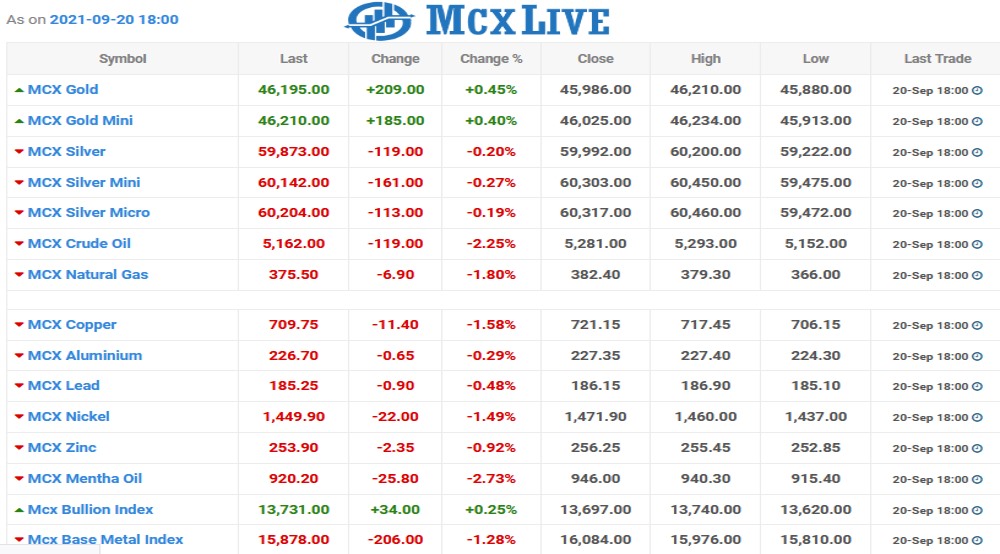 Gold prices were pressured on Monday, hurt by a stronger dollar and concerns the U.S. Federal Reserve might hint at when it intends to begin tapering its asset purchases in its upcoming meeting.

“The (upcoming) Fed meeting is casting its shadow via a firm dollar because a majority of market participants expect the Fed to signal tapering sometime later this year, and that’s keeping gold in check,” said Commerzbank analyst Daniel Briesemann.

Denting gold’s appeal to other currency holders, the U.S. dollar index hit a near one-month high.

“If Fed chair Jerome Powell is able to convince the market that after the tapering, no quick interest rate hikes will follow, then gold could rise somewhat in the second half of the week,” Briesemann said.

“It really looks like the market’s turned quite bearish on gold, with some critical support levels ($1,780 and $1,750) giving away and this does open up for a test of $1,700,” Stephen Innes, managing partner at SPI Asset Management, said.

Citi Research forecast gold prices to average to $1,700/oz in the fourth quarter of this year.

The bank in a note said it was also bearish on bullion prices for 2022, albeit with somewhat weak conviction, given uncertainty about global growth, inflation outlook and already rich equity valuations.