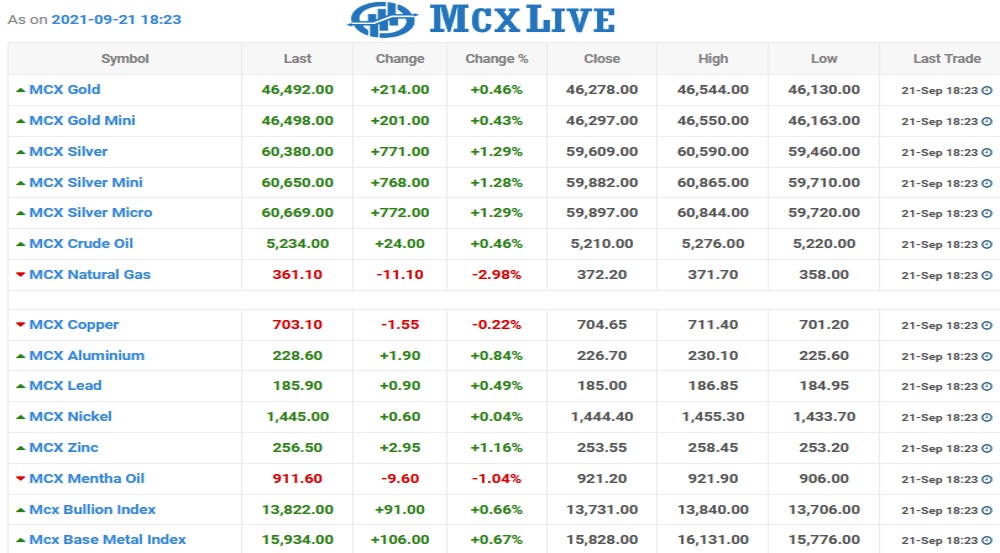 Gold prices were flat on Tuesday as investors adopted a risk-averse stance amid caution ahead of U.S. Federal Reserve’s policy meeting where the central bank is expected to provide cues on when it will begin tapering its asset purchases.

Bullion is considered as a hedge against inflation and currency debasement likely resulting from the widespread stimulus. A hawkish move by the Fed would diminish gold’s appeal, while an eventual interest rate hike would also raise the opportunity cost of holding the non-interest bearing asset.

Prices had recovered on Monday from an over one-month low on safe-haven demand as China’s Evergrande debt woes fueled sharp sell-off in stocks worldwide.

Worries about the fallout from property developer Evergrande’s solvency issues spooked financial markets and lifted the dollar index, which hit a near one-month peak on Monday. A firmer dollar generally makes bullion more expensive for other currency holders.

Fed is likely to provide an outlook on how soon and how often they think the economy will need interest rates rises over the next three years when they release new forecasts at their policy meeting on Wednesday.

The volume of the European Central Bank’s bond purchases is becoming “less important” as the economic outlook improves and the money-printing scheme becomes a tool for guiding rate expectations, ECB board member Isabel Schnabel said on Monday.

Russia’s gold reserves stood at 73.8 million troy ounces as of the start of September, the central bank said on Monday.