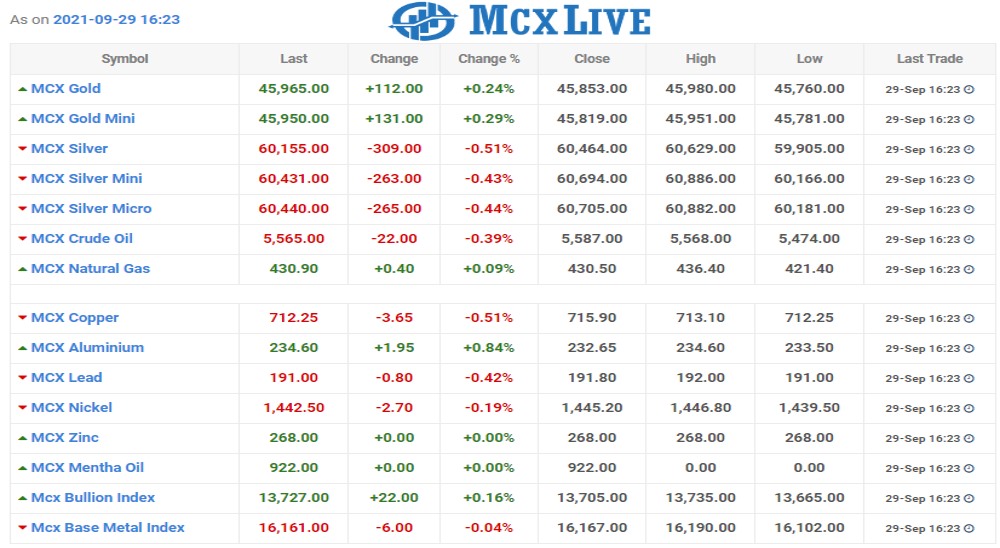 Gold prices were flat near a seven-week low on Wednesday, pressured by a rise in the dollar and U.S. Treasury yields on growing expectations of an earlier-than-anticipated interest rate liftoff.

U.S. consumer confidence fell to a seven-month low in September as a relentless rise in Covid-19 cases deepened concerns about the economy’s near-term prospects.

Holdings of SPDR Gold Trust, the world’s largest gold-backed exchange-traded fund, slipped to 990.03 tons on Tuesday from 990.32 tons the day before.