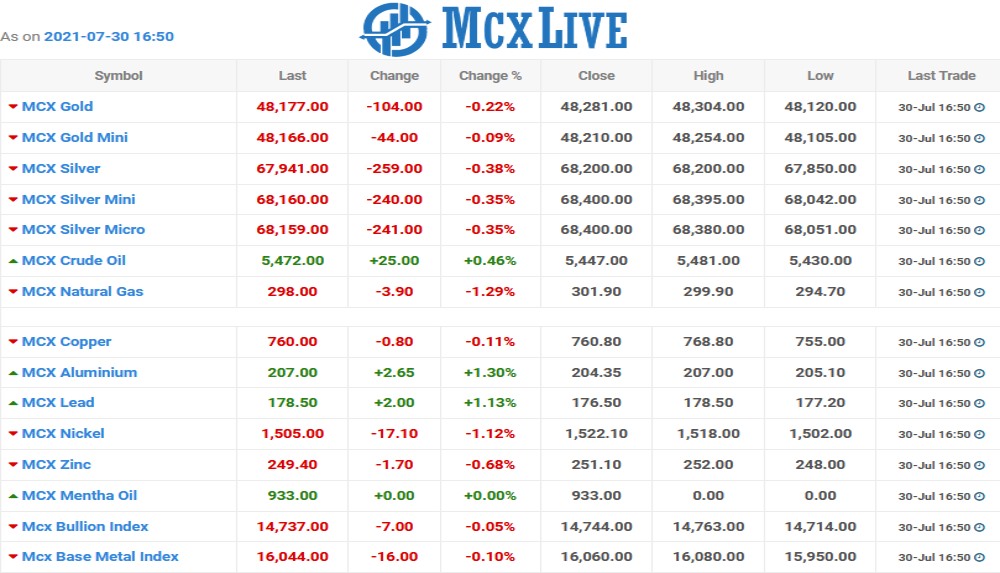 Powell said the U.S. job market still had “some ground to cover” before it would be time to pull back support to the economy.

“You’re going to see inflation heat up moving forward because the Fed is more focused on employment and is not going to fight them in the near-term and that is a positive environment for precious metals,” said David Meger, director of metals trading at High Ridge Futures.

“This is not a flash-in-the-pan type rally but a more sustainable one because nothing is standing in gold’s way.”

Reinforcing Powell’s views, data showed the U.S. economy grew at a 6.5% annualized rate last quarter, below a forecast for an 8.5% rise by economists in a Reuters poll.

Adding to gold’s support, the dollar index slipped to a one-month low.

Gold prices will average a little above their current level of $1,830 an ounce for the remainder of 2021 before easing in 2022, a Reuters poll showed.