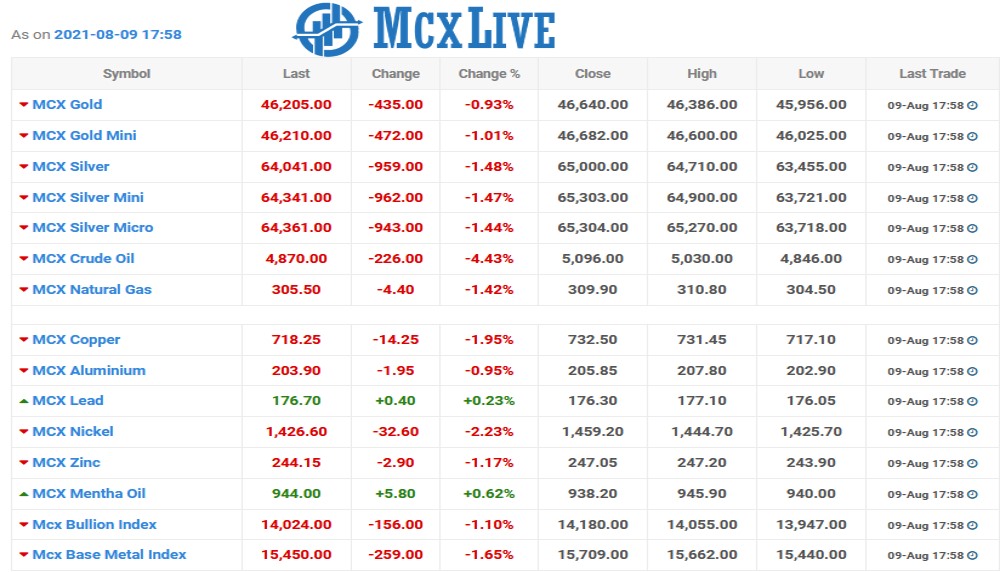 Gold fell as much as 4.4% to a more than four-month low on Monday as robust U.S. jobs data stoked concerns of a sooner-than-expected interest rate hike, which could increase the opportunity cost of holding non-interest bearing bullion.

”Friday’s non-farm payroll data and potentially the U.S. infrastructure bill this week, have put Fed tapering before year-end firmly back on the table.”

Data from the U.S. Labor Department showed U.S. employers hired the most workers in nearly a year in July and continued to raise wages.

That underscored remarks by Fed officials suggesting a sooner than anticipated roll-back of pandemic-era stimulus on the back of a solid labour market recovery.

Meanwhile, the dollar index hit a two-week high on Monday.

”Gold’s metal will probably get tested into the CPI data this week,” said Stephen Innes, a managing partner at SPI Asset Management, adding that a strong inflation number could increase the probability of an early interest rate hike.

Holdings in SPDR Gold Trust, the world’s largest gold-backed exchange-traded fund, fell to 1,025.28 tonnes on Friday, from 1,027.61 tonnes on Thursday.